The science of cooperage 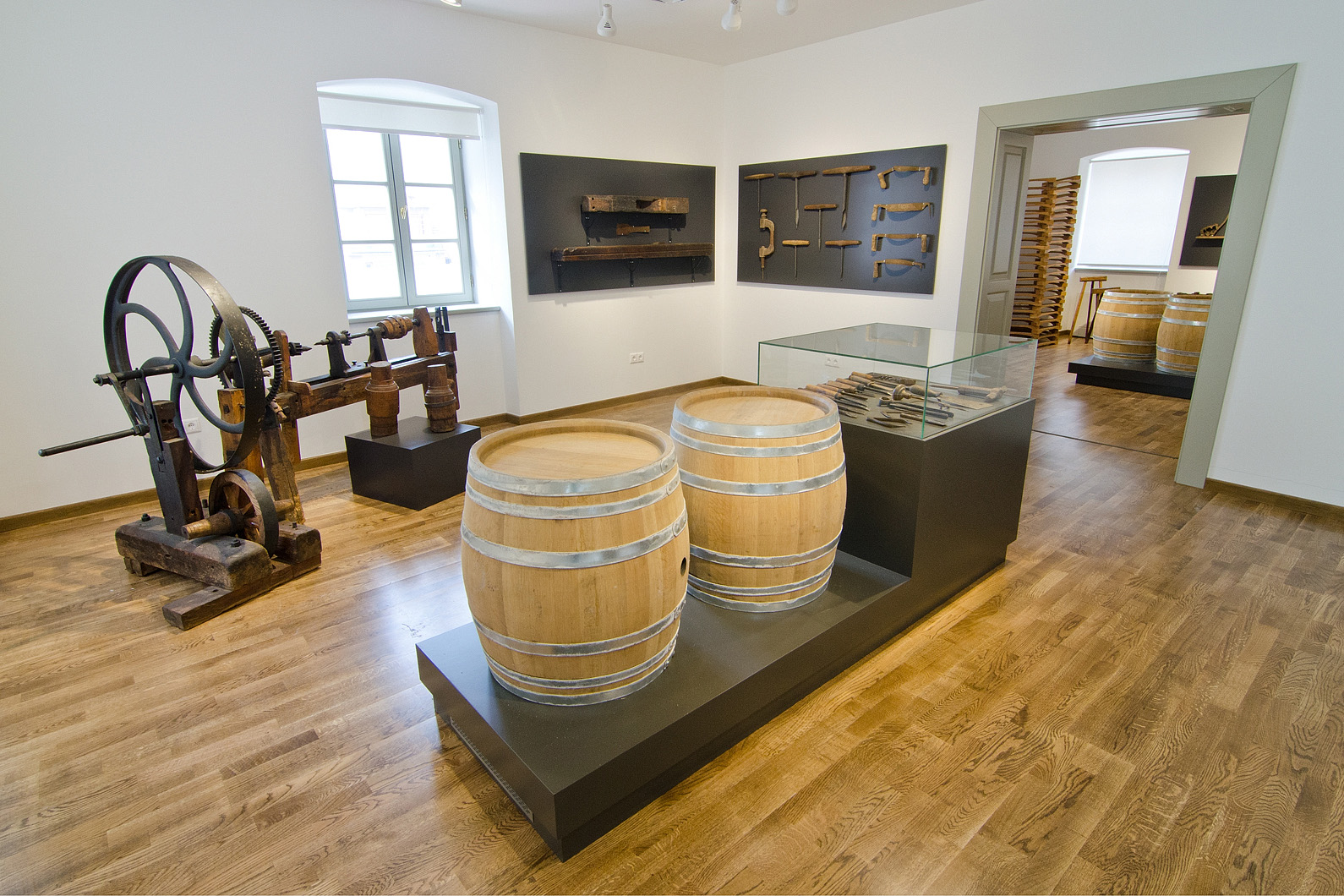 A large number of merchants and industrialists lived in the market towns of Tokaj-Hegyalja based on viticulture: in 1900, 41.1% of the population was in Tokaj, 32.1% in Tolcsván, and 52.6% in Sátoraljaújhely.

Among the handicrafts related to wine, the bodnars played a prominent role. In other regions of the country, craftsmen known locally as coopers, or bodnárs, produced the vats, chöbrs, finaks, and puttons necessary for grape dressing. However, their main product was the barrel, because Tokaj wine was sold in barrels, so the winegrowers needed new barrels every year.

Barrel making began by cutting high-quality, preferably knot-free, oak logs to size and radially cutting the felled logs. The dowels were roughed out with a chisel, then clamped in the carving chair used as a vise and adjusted to the finished position with a drawknife and planer. In the work, the templates that recorded the dimensions, so-called models, helped them. The carved dongas were rested for two years. The drying pyres for this purpose were set up at the end of the courtyard: in each of them, the raw materials needed for a hundred Gönc barrels – the bottom and the bottom of the barrel – were dried.

As the next step in barrel-making, the cooper places the staves in the tires, tightens them, and then puts on the other tires. The walnut tires used for centuries were only slowly replaced by the iron tire, the use of which became predominant in the wine region in the 1850s. Although the iron tire further increased the price of the already expensive barrel, the risk of leakage decreased on the long journey.

The assembled vessel is pulled together with a special tool over a fire made of wood shavings. With the help of planers, side cutters, and compasses, all the dowels are slowly put into place. Finally, the cooper inserts the bottom of the barrel, drills the hole for the pin, and nails the tires for good.

The hand tools of the bodnars remained essentially unchanged for centuries. The first major breakthrough in technology was the appearance of the planer in the 18th century. This innovation spread from German soil, mainly thanks to the wandering years of guild lads.

The barrel was not only a means of storing and transporting wine. The high-quality oak lends characteristic flavors and aromas to the wines and enriches them with fine acids. The now-fashionable barrification was a centuries-old practice in Hegyalján, as the new wine was always put into a new barrel or, if not, the sides of the barrels were re-planed!