In the heart of Tokaj, on the corner of the main square, the Tokaj Museum has been opened to visitors for May 1985.

Built around 1790 by the Greek origin trader KARÁCSONY family. The one-story house is richly decorated inside and out as well. The building, the quality of the exhibitions, the staff's enthusiasm and the atmosphere of the inner courtyard all captivate visitors.

The luxury of being a merchant always echoes inside and out even to the uninitiated eye. Some of the rooms are decorated with priceless wall paintings. For example, the panoramic painting of one of the ground-floor rooms gives the impression as if the viewer could be walking on the banks of the Tisza two hundred years ago.

The museum was significantly renewed in 2015. We have transferred the entire Tokaj-Hegyalja exhibition to our site, the World Heritage Wine Museum, opened at the end of 2015, with an interactive exhibition. It is available to anyone and meets the 21st century’s requirements. The rejuvenated permanent exhibition of the Tokaj Museum, reopened on March 15, 2016, presents in rich details the history of the city of Tokaj and Hegyalja region, based on the themes of archaeology, ethnography, and local history.

History of the Museum

Interest in the memories of the past and the museum business grew in Tokaj in the years following World War I. Between 1918 and 1939, several teachers and their students researched Tokaj's past. The collected material was hosted by the local school, which played a significant role in education, but unfortunately it was destroyed in the World War II.
The research and collection work started again after the World War II under the leadership of teacher Miklós PAP. Valuables located in Tokaj took priority but later the collection area was extended to the neighbouring settlements as well.

The valuables of the collection were placed in the local primary school. Then it moved to the Greek orthodox church – which that time was already functioning as a gallery. The museum founder and the first director of the museum was Miklós PAP.

After 1974, the Tokaj Cellar Museum was opened in a centuries-old wine cellar at the opposite side of the road, which presented the history of Tokaj wine from the beginning until the 1970s. The Cellar Museum fulfilled its mission until the opening of the present time museum building in Tokaj.

In 1978, the museum received one of the 4-storeyed, former Greek merchant houses on the main square of Tokaj, the so-called KARÁCSONY-house. After a long renovation and preparation, a new, very rich but mixed themed exhibition was opened on May 22, 1985.

Mainly in the 18th century, ’the Greeks’ monopolized the wine trading. They were a merchant population of mixed ethnicity from the Balkans. Organized themselves into companies, created a merchant association, enjoying privilege, and with their diligent work and often cunning business tactics, they made extraordinary profits. This wealth is also reflected in the building of the Tokaj Museum. The storeyed, neatly divided residential building was built around 1790 by the Greek origin, wealthy KARÁCSONY family. In the 19th century, it became the property of the SZASZARÁTH family, who were also among the most important merchant families in Tokaj.

The hall upstairs wears the typical Zopf style ornamentation, mixed with specific oriental elements: exotic figures in caftans and turbans, as if we were witnessing a gathering of the old house’s owners. The murals were hidden until recent times. The layers of lime and paint fortunately preserved the paintings, which became visible as a result of almost a two years long restoration work. 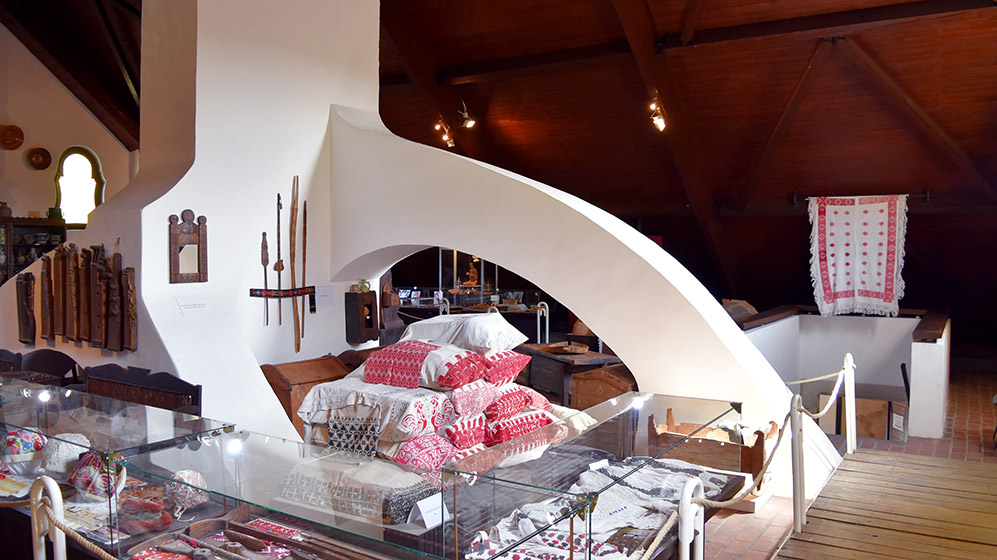 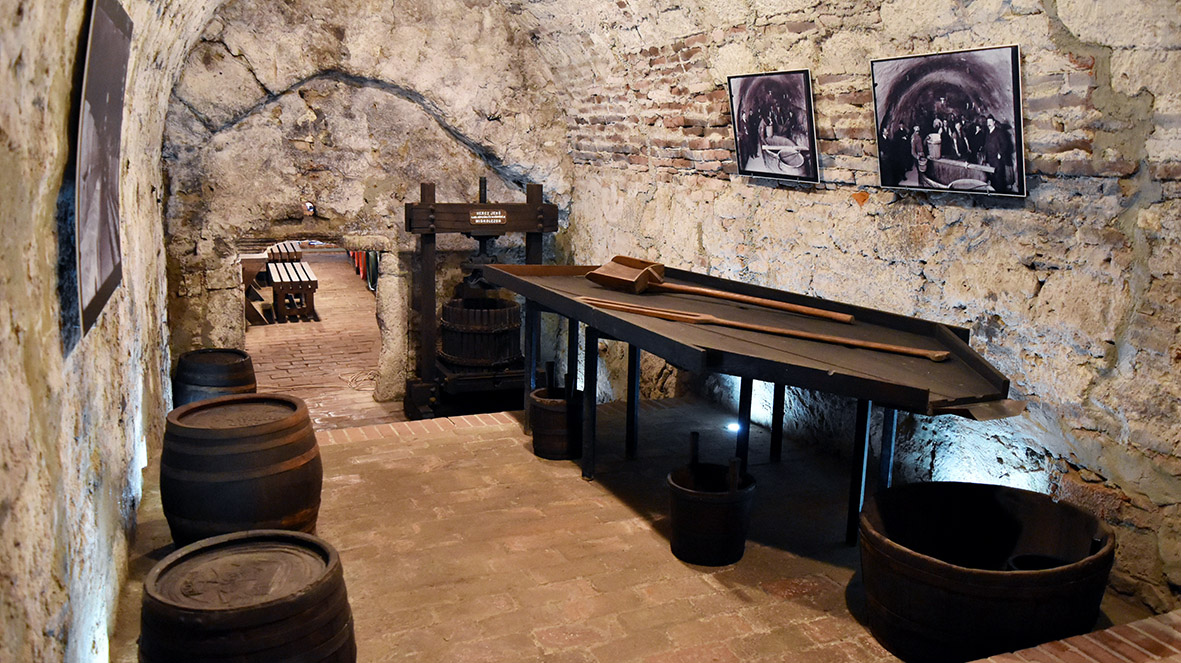 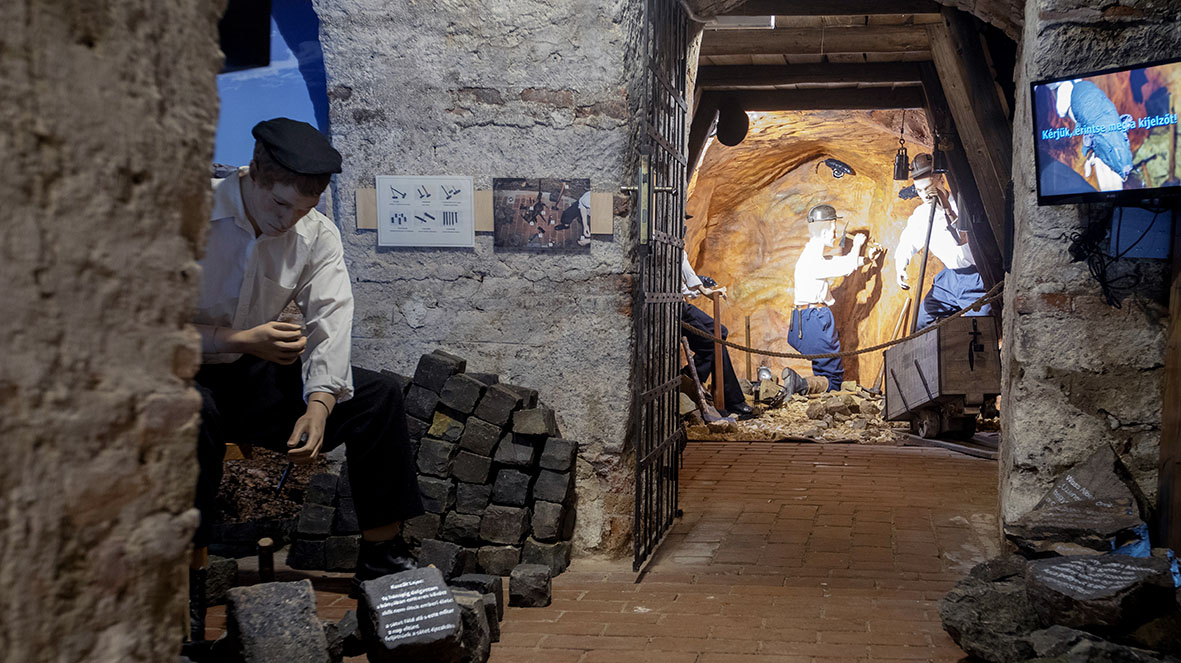